The slate of good news has led to the S&P 500 and Dow Indexes hitting new market highs this week and the NASDAQ Index is not far behind.

As positive as the recent news has been, there are still big challenges - new variants of the virus, global supply chain bottlenecks, and potential inflation that could reverse the easy monetary policy. The President and Congress are also contemplating corporate tax increases which would directly hit company earnings. Lastly, those hurt the most economically by the pandemic are going to be the last to recover. This could widen the economic divide between the haves and have nots leading to societal strains. Despite those concerns and challenges, investors are exhibiting optimism about the near-term outlook for the economy.

A Pandemic Silver Lining: A positive that may have come out of the economic shutdowns and social distancing is that worker productivity increased last year. Worker productivity is the output per hour worked and higher productivity allows for greater wage growth and lower inflation. It has been low for the last fifteen years at 1.4% but last year grew 2.8% due to company investment and consumers' changing habits. If sustained, it would be a positive development coming from the pandemic. WSJ

On the Tax Front: U.S. Treasury Secretary Janet Yellen proposed a global minimum corporate tax rate. For decades, multinational companies have been moving tax residency to lower taxes. Countries have been competing for those businesses in a “race to the bottom.” To be effective, most developed countries would have to participate. States in the U.S. similarly compete for the tax residency of citizens. But this week, New York state proposed raising taxes on residents which could lead to some NYC residents paying a combined federal, state, and city income tax of over 50% - higher than some European countries. That is quite a gamble considering remote work has made it easier than ever to work in a low tax state. PRI  Bloomberg

That was a lot of economic news to digest – now off to other articles!

Gardening Tips: The warmer weather has me thinking of spring. With nowhere to go like many last year, I spent a lot of time sprucing up the yard. If you did the same and want that keep up or improve on last year’s efforts, click on the links for suggestions. Garden Design BH&G MyDomaine

Hemingway: I discovered Ernest Hemingway in college literature class and quickly fell in love with his writing style and persona. Some of my all-time favorite novels are The Sun Also Rises, A Farewell to Arms, and For Whom the Bell Tolls. So, as you can imagine, I am thoroughly enjoying the latest Ken Burns documentary – Hemingway. Combining two of my personal favorites, Ken Burns and Hemingway, what could be better? Any other Hemingway fans out there? Ken Burns PBS

Thank you for reading The Friday Buzz!

Feedback is welcomed and please forward this to a friend! 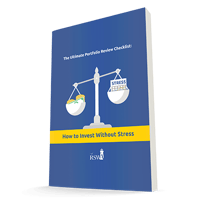